Semi Valley Is The Most Racist Place In America! 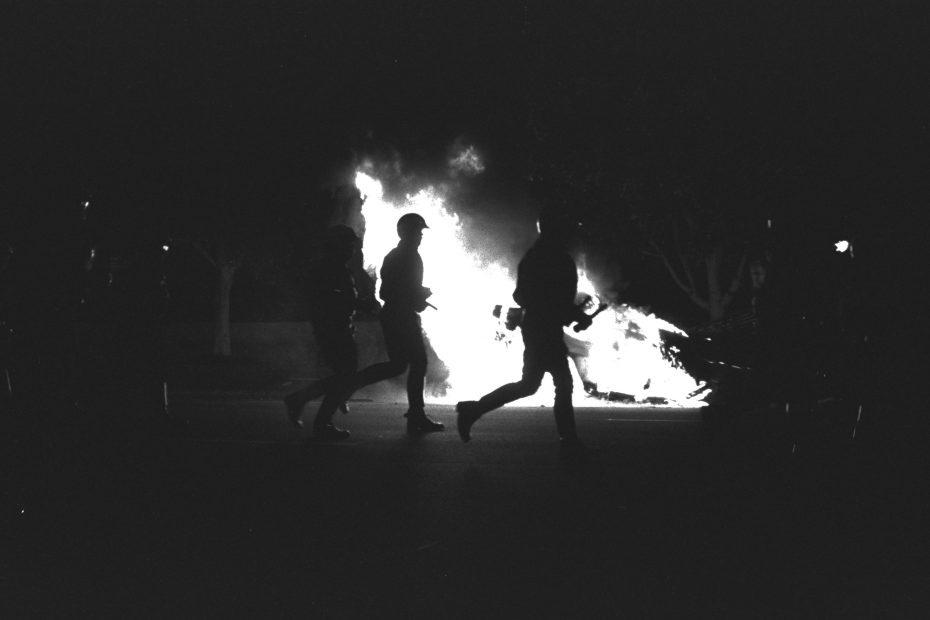 I was born in 1975. For me, the most racist and corrupt place in America is Semi Valley, California. Even today, I do not understand how those 12 jurors could watch the same scratchy video footage that we all saw, and acquit those four officers. As a trial attorney, I understand that a jury is a proxy for the community. The jury is supposed to represent the values and mores of that community. What that jury told the world is:  black lives do not matter. They told me that black lives are not worthy of justice. The sent a clear message to black America that any police officer can maim, beat, and brutalize a black person and not be guilty of any crimes in Semi Valley.

I was not alive when that jury acquitted Emmett Till’s murderers. I was not alive when towns allowed lynchers to go back to work the next day serving the community as lawyers, doctors, preachers, business owners and everything else. What I saw as a 16 year-old terrified me. That I could co-exist with people who refuse to see the fundamental truth before their eyes: those police officers violated their oath to serve and protect the citizens of their community.

Now that I am in my mid-forties and I understand that President Reagan allowed a whole group of people to be killed, it is only fitting that his Presidential library resides in this racist town. A monument of death and suffering is befitting of Semi Valley. His indifference and silence when a portion of America was needlessly dying is unforgivable. His wanton neglect and inaction left so many people dead. For people of my generation, President Reagan allowed AIDS to be the most frightening words in our lexicon. The fear and panic that he allowed to infect our minds and hearts is unforgivable. Many of us are coming to terms with the knowledge that the contraction of HIV is no longer a death sentence. President Reagan thought of all the communities in California to place his shrine to himself, the community of Semi-Valley best expressed his values, and he was correct.

I was a junior in high school. I was living in a suburb of Minneapolis. The first time I saw the George Holiday recording of the beating, I was outraged. I was shocked. I guess I might have been stirred from the “Dream” as a result of that video. Those four officers were guilty. I did not know the law at the time, I just had a sense of right and wrong. I was naive enough to believe that doing wrong would result in a successful criminal prosecution. Those officers were clearly doing wrong to a defenseless and submissive black man. I am not even going to front, I am a product of 90s rap music so I know the names of the four officers:  Stacey Koon, Laurence Powell, Timothy Wind, and Rolando Solano. It was true back then and it is true today: all four are guilty.

Instead of those four officers on trial, Rodney King was on trial. The drugs in his system became a star witness for the Defense. Most people of my generation believe, because of this trial, that PCP must have been part of the Super-Solider Serum that was injected into Captain Steve Rogers. The way the defense and the media droned on about how it gave King the might of eight men was seared into our collective memory. The defense experts espoused how the drugs in his body made him immune to pain. They smirked as they said the countless blows the officers rained on King’s prone body, showed restraint. They opined, with straight faces,  that these officers kept their cool and that their conduct was consistent with the standard of care of a normal and reasonable law enforcement officer. Even, with my limited knowledge of how the body worked and how drugs worked in one’s system, this did not ring true to me. Even in the 80s with all of the cop fetish shows, never had we seen a beating like that on our television screens. Everything the defense spewed was fictional. However, I now know Americans love fiction. This defense carried the day with some of my white classmates, their parents, and ultimately the Semi Valley jury. Just like 46% of Republicans believe that the Derek Chauvin verdict was wrongly decided. Americans love fiction.

We all know about the uprising that took place after the verdict. What we do not talk about is what was the result of the mayhem and destruction: justice. While the buildings were still smoldering the Bush Administration’s Department of Justice decided to convene a grand jury to indict the four officers. After a trial two of the officers were convicted. However, the judge showed leniency and the officers were only sentenced to 30 months prison.

Dr. Martin Luther King said that “a riot is the language of the unheard” and I said “looting is the dialect of the ignored.” President Bush had done his best to not hear the pleas of black people. God forbid our cries did break through, he ignored them. That was until the people took to the streets.  Just like when the Hennepin County Prosecutor would not charge the police officers who killed George Floyd, until uprisings occurred all over the Twin Cities and the world. There is a reason why politicians want to silence the voice of those who seek justice and equality, because if there is no justice there will be no peace.