Some Examples Of Race Based Housing Discrimination 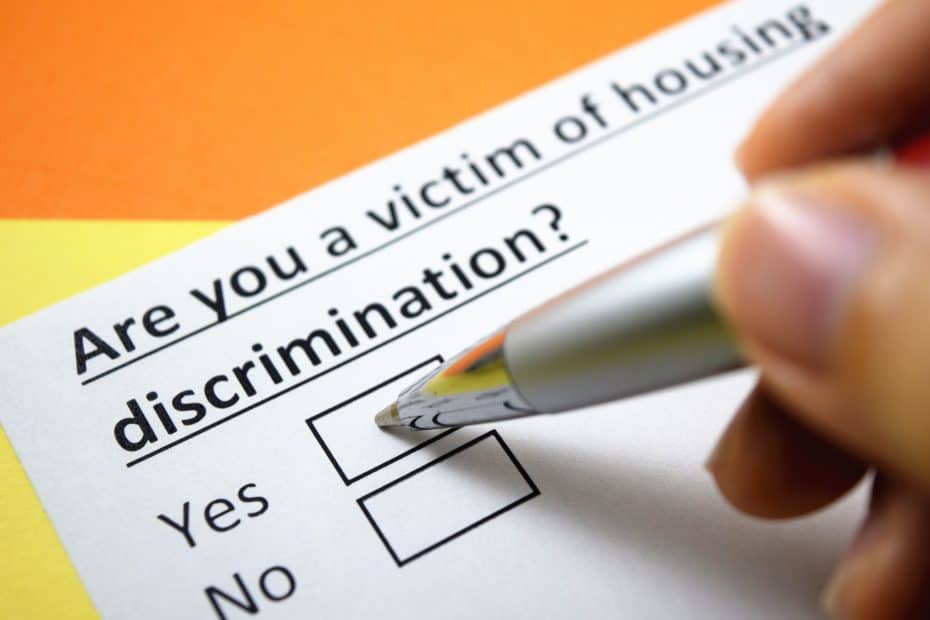 follow me
Latest posts by Garrick A. McFadden, Esq. (see all)
“Over the past few decades, we have developed euphemisms to help us forget how we, as a nation, have segregated African American citizens. We have become embarrassed about saying ghetto, a word that accurately describes a neighborhood where government has not only concentrated a minority but established barriers to its exit. We don’t hesitate to acknowledge that Jews in Eastern Europe were forced to live in ghettos where opportunity was limited and leaving was difficult or impossible. Yet when we encounter similar neighborhoods in this country, we now delicately refer to them as the inner city, yet everyone knows what we mean. (When affluent whites gentrify the same geographic areas, we don’t characterize those whites as inner city families.) Before we became ashamed to admit that the country had circumscribed African Americans in ghettos, analysts of race relations, both African American and white, consistently and accurately used ghetto to describe low-income African American neighborhoods, created by public policy, with a shortage of opportunity, and with barriers to exit.” ― Richard Rothstein, The Color of Law: A Forgotten History of How Our Government Segregated America
Our government created policies that were designed and implemented with the specific intent to benefit white people and harm black people. Bruce Western tells us that poverty is violence. Bryan Stevenson informs us that the opposite of poverty is justice. Our government condemned black people to live in violent places that are free from justice. These ghettos are over-policed. In some cities, perhaps, even Tucson, they are policed in a manner that black bodies are plundered in order to extract as much money in fines and fees as possible, through are criminal justice systems, and transfer that stolen wealth to non-black bodies.
“In 1944, the G.I. Bill was adopted to support returning servicemen. The VA not only denied African Americans the mortgage subsidies to which they were entitled but frequently restricted education and training to lower-level jobs for African Americans who were qualified to acquire greater skills.” ― Richard Rothstein, The Color of Law: A Forgotten History of How Our Government Segregated America
This is plunder at its essence. Our government has consistently and systematically robbed black bodies. They told our soldiers that if you go and fight for our country, when you return we will take care of you. Using American taxpayer dollars they created social programs, social programs that were administered for the benefits of white people at the detriment of black people. Black people were robbed. They were plundered.

“Only if we can develop a broadly shared understanding of our common history will it be practical to consider steps we could take to fulfill our obligations.”

Patriotism is or it is not, there is no such thing as thin patriotism. Everyone wants the benefits of American citizenship, but they do not want the debts and obligations incurred to obtain those privileges. The Civil War is a lot closer to to us than 1776, yet we enthusiastically celebrate the fourth of July. We fail to teach in our school curriculum that some slaveholders were compensated for each slave freed. We do not teach this, because the next question is: what did the slaves receive? Then we must answer truthfully: nothing. This answer leads to the important question: why? It is at this point things fall apart. To answer why will eventually bring us to a moral judgment: but is that fair? When we answer that question it finally brings us to the question that scares us: so what are we going to do about it? Or perhaps someone might ask: how are we going to make this right?

“Today’s residential segregation in the North, South, Midwest, and West is not the unintended consequence of individual choices and of otherwise well-meaning law or regulation but of unhidden public policy that explicitly segregated every metropolitan area in the United States.”
I keep using this shocking statistic: 40% of white people have zero black friends and 55% of white people have 1 black friend. Why? The reason is they did not want us to be friends. The “they” is the rich and the powerful. They wanted to pit us against each other. They wanted us to scapegoat each other. They used black people as a distraction to obscure the fact they were hoarding more and more of the fruits of our production to enrich themselves and provide us with nothing. As long as a white person could view themselves better than a black person, their plan worked.
Malcolm, was killed after he rejected the separatist teachings of NOI and started to form a broad coalition of people of all faiths and all races to obtain justice. Fred was murdered once he united the Latino gangs and the working white class to demand an end to poverty. Martin was assassinated once he started his crusade on poverty.
Some of the earliest black code laws targeted white people. If they played pool with a black person, the white person was arrested. They did not want you and I to be friends. So they enacted strict laws to keep us segregated and to destroy black wealth.