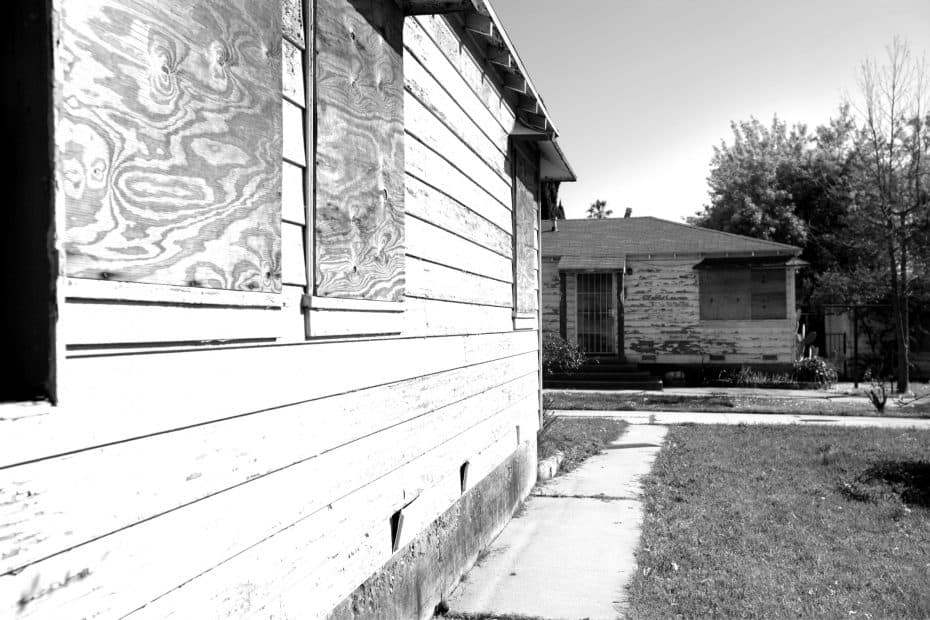 “Black poverty, particularly in urban areas, is different from white poverty. Black poverty is built into the structure of neighborhoods and labor markets. Sociologist have described how the neighborhood environments of low-income blacks are unusually disadvantaged compared to the neighborhood environments of other racial groups. Being black and poor relegates one to living with other poor people in a racially segregated neighborhood where the local unemployment rate is high, families are more likely to be led by single mothers and street crime is common. White poverty that touches the criminal justice system—concentrated among men who are loosely connected to families—is closer to skid row, rooted in mental illness, drug addiction and the scarcity of treatment services.” —Bruce Western, “Homeward: Life in the Year After Prison”

If we want to build safer communities we need to listen to Bruce. The number one predictor if someone is going to re-offend, in the first three months after release, is who picks them up from prison. If no friend or family member comes to provide a formerly-incarcerated person, with a ride home from prison they are almost guaranteed to immediately re-offend. Why? The person lacks the social-network to provide basic material and emotional needs they require to transition back into society. One thing that we can do is create programs that provide the supports these people would normally receive from family and friends. We can create programs that provide a place to stay, a job, and make sure they get therapy/medical care. This will make our communities safer. Don’t believe, remember the murder of Elijah Al-Amin here in Arizona. This child was murdered by a man who had been released three days earlier from prison. No one came and picked him up from prison, he had to take the state van and was dropped off in Phoenix. He wandered for three days, before murdering young Elijah.
“The great challenge for public policy is to preserve dignity in the face of human frailty.” —Bruce Western, “Homeward: Life in the Year After Prison”
Right now in Maricopa County, the average probation officer only has one to two bus cards for all of their “clients.” Yet, these “clients” are required to meet with the PO weekly or monthly. They are required to go get drug tested at only a handful of facilities. Many need to get nutritional assistance, update their address, file for benefits, attend classes, etc. We make them do all of this, with the real threat that we will revoke their parole or probation. One thing that we can do to help them succeed is to co-locate all services in one location. This way, the person on probation can go to one place and get everything done. This is something that can be done at the County level.

“When women enter prison, they have accumulated long histories as victims of sexual and other violence and are also more likely than men to have a serious drug problems.”—Bruce Western, “Homeward: Life in the Year After Prison”
1 out of every 6 American women has been the victim of attempted or completed rape. This is part of our original sin as a nation, where women continue to be viewed as property, to be disposed of. Our criminal justice systems worry more about the future of a convicted white male rapist than about the fair and impartial administration of justice. We failed Chanel Miller, but the outrage generated by such a miscarriage motivated a community to recall and remove the judge from the bench that issued such a ridiculous sentence.
88% of all police officers at ASU identify as male. That means that most likely a young woman who is the victim of rape will be greeted by a bunch of men when she reports her attack. Rape is one of the most underreported crimes and this is a key reason. Instead, let us take some of the bloated police budgets and funnel that into a team that is both gender and racially integrated to educate college students about consent and that responds to all rape calls. Let us create supports and programs for the survivors of sexual violence to receive the therapy they need. Let us amend our laws to change the hearsay exception to allow first responders to testify in lieu of the survivors. The current way is simply not working and makes us less safe.
“Policy reform acknowledges none of the harms of the past.” —Bruce Western, “Homeward: Life in the Year After Prison”
We cannot reform our way out of this, we must overhaul the various criminal justice systems. We need to quit profiting off the most vulnerable among us, because this predatory behavior makes us weak and unsafe. I need you to use common sense here. We know that maintaining social networks makes someone less likely to re-offend. Yet, we charge $0.20 per minute for a jail call. I have to pay $30.00 so someone incarcerated at one of our county jails can have $24.00 to spend at commissary, in order to purchase toothpaste, shampoo, soap, and feminine hygiene products. All of the items in the commissary make airport stores seem like the 99 Cent Store. I estimate that Maricopa County makes between $9 and $15 million dollars a year from jail calls, transaction fees, and commissary. How does this keep us safe? This is plunder.
We need to establish continuity in medical care from prison/jail to freedom. This way those with serious mental illness or addiction can make sure they receive the care they need. This protects the community. We need to create a “Returning Citizen” tax credit so that already financially strained families/friends can be rewarded for meeting the material needs of a newly freed persons. We need to create more union jobs. One of the surest ways for someone to avoid re-offending was if the person was part of a union.
This book is one of the best books that I have ever read. Bruce is a major influence on Ta-Nehisi Coates. Coates actually wrote the foreword to this book. Anyone who is thinking of public service, must read this book. I leave you with three final quotes.

“Chaos is characterized by high levels of ambient stimulation, a low level of routine and unpredictability in daily activities.”

“If poverty is a violent context, poor people will see a great deal of violence in their lives and play a range of roles—as victim, offender or witness. “