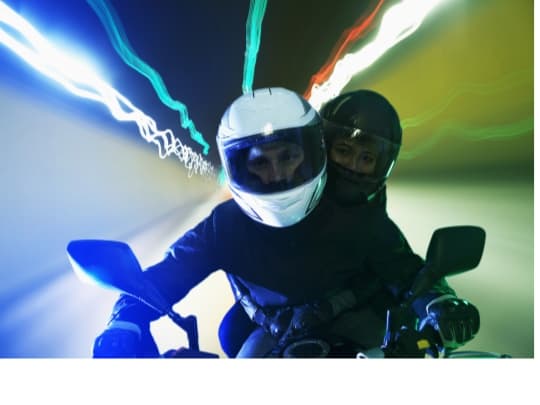 Another Motorcycle Crash Claims Another Life In Arizona:

The news is almost too much to handle. Another person died in a Phoenix motorcycle crash this year. This loving father passed away after two weeks of fighting for his life. Now it is time to rest. The news reports give testimony of a life lived well with lots of friends and family. The only good thing about this crash was that loved ones far and wide got to come to Phoenix to be by his bedside and say goodbye.

Now his family and loved one has to pick up the pieces of a shattered life. The decedent allegedly rear-ended the car in front of him, which caused the fatal collision. With this being a rear-end accident the fault is going to be presumed to be on that of the motorcyclist. That means that his heirs need to hire a Phoenix wrongful death lawyer.

You Need A Wrongful Death Lawyer To Investigate This Crash:

Now, one letter from a wrongful death lawyer is most likely all that it is going to take to get the other driver’s policy limits. The argument could be made that the wrongful death attorney will be needed more to pay off any liens based on two weeks in the hospital. Also there is Underinsured Motorist coverage to go after. There is a lot of value that a motorcycle accident lawyer can add to case such as this.

There Needs To Be A Way To Stop These Deaths:

In Arizona we all have a duty to be careful drivers regardless if we have the right-of-way or not. It is alleged that the driver of the car moved into the curb lane due to slowing traffic and then was hit by this father. Perhaps he has a Go-Pro camera so what happened was recorded. I know it will not prevent an accident, but people on motorcycles should start wearing cameras and when a driver of a truck or car does something dangerous they should provide the video to the police. This is a way for the bad habits that some of us have developed on the road can get better.

On the other hand, let us assume the driver of the car did nothing wrong. She is now involved in a crash that took the life of someone. It would be in her best interest to seek counseling if she starts showing any signs of depression or anxiety. I know it will appear ghastly, but she might want to make a claim. However the timing of this claim is going to be key, because the loss of a life, even if a jury only assigns 10% against you is enough to bankrupt most people.

If you or a friend is involved in a Phoenix motorcycle crash, please do not hesitate to call GAMESQ, PLC at 623-233-4416.