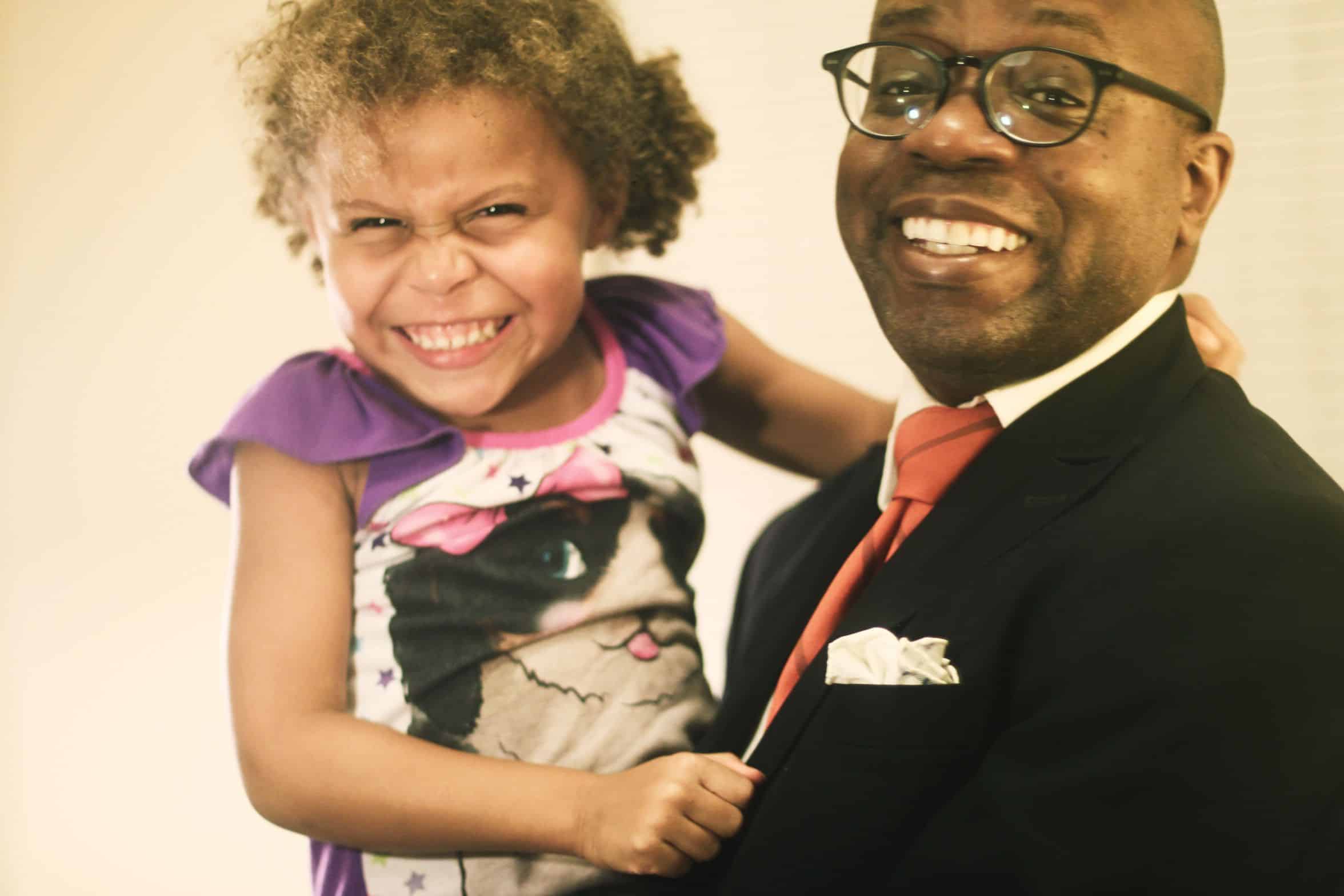 I Have A Beautiful Black Daughter

I am a black father of an intelligent and beautiful six-year old daughter. She is a decent child, curious about the world and operates within it with an innate set of core values of how the world should be. She is charitable in ways that far surpass my wife and I. She is a six-year old child who just learned about money and is continuing to ask questions to deepen her understanding of currency. How money is used, the different dominations, what you can and cannot do with it.

My daughter and me.

She is a six-year old child who has slightly better impulse control than most other six-year olds, but still has urges to pick things up in the store. Last Tuesday she put something into the shopping cart without my permission or authorization. When we were checking out of the store she grabbed a Snickers bar. I saw her and I explained to her that we were going to get sushi and that we might get some candy after our lunch.

I always watch my daughter when we are in stores. I focus my gaze uniquely on her, not because I understand the impulse control of a child, but I know the ramifications of her taking a babble or nicknack or piece of candy without paying for it.

My Mom And Dad Raised Me To Be Afraid, Like They Were.

This is what it means to be the son of Robert and Beatrice McFadden. My Brother first had the ever-present and watchful eye of my parents on him. Making sure he never had anything in his hand while they were at the store. The lessons he learned from my parents he would grind into me. He was not my big brother, but my ever watchful protector a silent guardian making sure that nothing was in my hand that should not be when we were in the store. My parents might not know of the desire to touch whatever object that stole my attention, but they understood the ramifications of such an action.

Each generation of my family has harbored this fear of their children in stores, because the ramification could be death for our

My whole nuclear family, minus my oldest niece.

black bodies. Many black comedians talk about this reality, most recently in relation to Sandra Bullock in the Bird Box. Memes were made about how she sounds like a black mom when she is talking to the boy and girl before they start their journey down the river. This is a lived black experience.

With cellphones multiple children and ever changing layouts of stores, our concentration cannot always be fixated on our children. Dravon Ames and Iesha Harper did not intend for their daughter take a doll that caught her eye. With the heat, two small children, pregnancy, and all of the other demands of modern society, and the quickness of a precocious black girl sometimes things fall apart. Living in the same culture of Ames and Harper, I know their parents had the same talk to them as my parents had with me. As I have had with my daughter. I know they had the same talk with their daughter…but children are going to children.

Phoenix Police Threatened To Kill A Black Father Over A Knock-off Barbie.

From generation to generation we had been told and subsequently told the next generation about a mythical creature that had no remorse. The beast ravaged and took anything it wanted from black bodies, without consequence or repercussion. The threshold to summon the creature was de minimis: removing a five-cent piece of Bazooka Bubble Gum from a store without paying for it was all the sacrifice that was needed for it to appear. That creature manifested itself on the video that we have seen. The totem that summoned it was a dollar store Barbie knock-off. It was angry. It snarled. It was void of all empathy and compassion. It hissed in the air and stammered out vulgarities and obscenities. It was what my mother, father and brother had told me as a child what the ramification was. When I watch the video I see my Mom and Dad. This is not to erase the trauma of Mr. Ames, Ms. Harper and their children, but when I view the video I am the young child in my mother’s arms. When the seething menace degrades and threatens the life of Mr. Ames, I see my black father.

We Must Eliminate Automatic Deductions For PLEA Dues.

This assault is personal to me. It is personal to my mother and father. It is personal to many of the black men and women who live in this community and live on these shores. This was a generational crime that was committed on our community. Firing the officers would be a good step, but that is not a generational remedy. Holding to account the officers who embarrassed us the previous week with their public denigration of black, brown and Muslim bodies is a good remedy, but it is not a generational remedy. Because the City Council of Phoenix does not have much direct power over the police and because of the structure of our city government is that of weak mayor and powerful City Manager there is only one way to create a generational remedy and restore the confidence of the people in the City of Phoenix: The City Council must vote to eliminate automatic payroll deductions for the Phoenix Law Enforcement Association Dues.

I long for systematic and structural change. I need to know, by action, that the City Council understands this generational grievance. I understand the framework that the City Council must operate within, and that is why this is the only remedy that can redress, repair, and respect our black bodies. The City Council must hold the Police to account for the shame, embarrassment and anger they have caused this wonderful city. I have set-up an appointment with my Council member, Councilwoman Starks for next Wednesday to discuss how this would work and what it would look like, and how it would survive the inevitable court challenges. I have also requested a meeting with the Mayor’s office.

The only way that the city of Phoenix will regain the trust of its citizens is for the city to no longer allow automatic payroll deductions for PLEA dues. That is the only acceptable remedy for this generational crime.

You can learn more about this black father, Garrick A. McFadden, Esq by using the link.